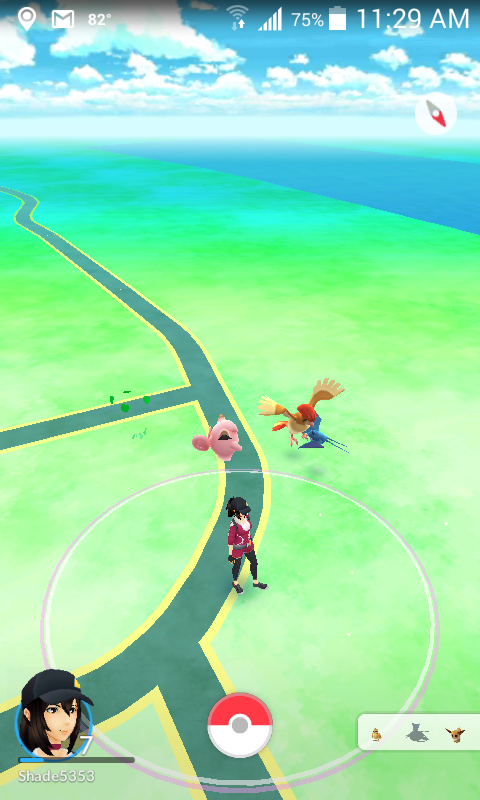 It’s summer time. School is out, kids are everywhere, it’s ridiculously hot, and usually my house is full of the bickering that brothers do. Not today. Today there is talk of Pikachu and Squirtle. Today they’re trying to decide if our dog Mojo should have been named Growlithe. Today there is peace among the ranks. They’re excited, tired out, and have something interesting to share, which is really hard when one is a teenager and one is a few weeks from ten. Even better, it is something I can share with them too.

I missed the original introduction of Pokemon. I was too busy with Magic the Gathering, marching band, drama, and being a “mature” high school senior to have time for my little brother’s video games (not to mention I was truly terrible at anything that wasn’t Diablo or Gabriel Knight). It wasn’t until I had kids of my own that it got interesting.

My oldest child watched every series he could find, played all the games, collected the cards, and had a stuffed Piplup. I was so glad that particular critter ran out of batteries after three long years of hearing “Piplup? Piplup.” In the middle of the night. Because my oldest son loves Pokemon, my youngest son loves Pokemon. If I couldn’t play along with my boys, what kind of geeky mama would I be?

I played the oldest child’s games on his Nintendo DS but it wasn’t until Black and White came out that I got my own game (mostly because I finally had a DS to play on). I caught everything I could, hatched everything I could, did the best I could to complete it all. It’s more addictive than people think, and it’s not just about finishing the game.

It goes without saying that Pokemon Go is pretty big in my house right now, and it is awesome. The kids and I are taking walks around the neighborhood and actually saying hello to our neighbors! We’re learning our city, competing with each other to see who can get what – my oldest child caught a Rhyhorn but I have a Cubone. My youngest child doesn’t have a phone of his own as he isn’t old enough for that, but I let him catch them, learn their stats, and evolve them and that’s really all he wants to do anyway. He’s just happy to get out and do stuff.

I have to admit, I’m not exactly sure how people are getting hurt playing this. Common sense is a great thing, and you really don’t have to be right on top of something to catch it, spin it, or otherwise interact with it. Yes, if you’re walking around staring at your phone, you’re likely to run into things, but the app has this really great vibrate feature when a wild whatever appears. Playing this particular game is no more dangerous than texting while walking.

There are always those who don’t have anything nice or supportive to say, but I’d really rather my kids play Pokemon with me than a lot of other things they could be doing. I love this app. I am hoping we can continue it in some way after school returns as it’s great at getting some of that pent up energy out, and we don’t walk in silence; we talk to each other about a little bit of everything. To me, that’s the best part. Even better than catching a Meowth (which I did). Besides, there’s a handy dandy distance monitor under the awards, and we’re now 5.1 km closer to Rivendell.

Editor’s Note: Check in with Sarah a month into the Pokémon GO journey at her blog.